Are You Ready To Learn The Tools You Need To Market Yourself, Stand Out And Get Seen To Attract Your New Dream Team?

You will discover what you actually desire from your ideal dream team and use the results as a blueprint for your agent attraction journey.

You will learn how to research potential agents/managers to ensure they are a good fit for you and where you are in your career right now. We will also discuss how to secure representation in markets outside of your home base.

Whether you like it or not, you are in sales. You are the CEO of your company and your best selling product is Y.O.U. You will learn how to create a compelling "sales kit" to attract your dream team.

Asking for referrals can feel awkward at times. You'll learn how to tap into your existing network without feelng sleezy or needy.

Mailing your headshot, waiting for the phone to ring, then hoping for the best..is NOT the way to go to find a good agent. You will learn how to create genuine marketing strategies to attract your dream team.

The fortune is in the follow up. That's how you will stand out from other actors. You will learn how to stay in contact with your ideal representation without being ignored.

After all of your hard work, you'll want to make sure you are fully prepped for your agent meeting. You will learn how to arrive prepared and how to exude confidence to launch your new relationship.

You can't let your new relationship with your dream team go to the wayside after you get signed. You will learn how to maintain your client/agent relationship in a genuine way even if you haven't booked a job in a while. 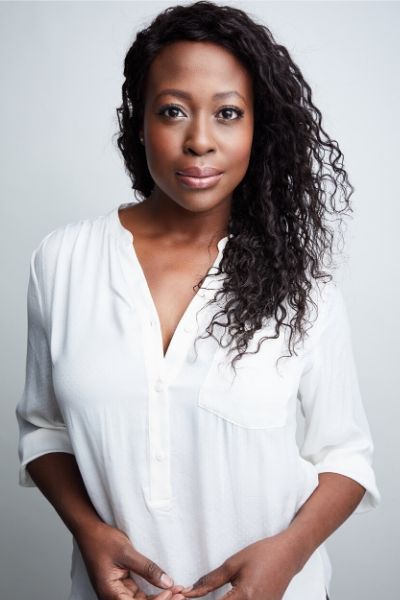 Christine Horn is an award-winning actress and singer who has performed in feature films, primetime television and on Broadway. She is a Life & Career Coach for Actors and the creator of the hit online show, Actors Daily Bread, where she pulls back the curtain of her own career to teach actors around the world how she cracked the code on consistently getting booked.

Christine is also the author of "PLAYING SMALL: The Actor's Guide To Becoming A Booking Magnet" and the founder of the Hollywood Bound Actors online community.

As an actress, Christine’s experiences and accomplishments are diverse and vast giving her a special ability to relate to all audiences. With over 20 years of professional experience, she has graced stages across the U.S. with Disney’s “The Lion King” and has performed for President George W. Bush at the White House.

With over 60 film/tv credits, her extensive theatre background led her to the silver screen where she has appeared alongside a plethora of Hollywood A-Listers...Adam Sandler, Drew Barrymore, Chiwetel Ejiofor, Jon Voight, Tyler Perry, Columbus Short and Allison Janney, just to name a few.

Christine has starred in some of your favorite television shows, some of which include The Good Doctor, Timeless, American Crime Story, NCIS, S.W.A.T., Ray Donovan, Powerless, Good Girls, Legion, Greenleaf, The Originals, Complications, Tyler Perry’s The Haves and the Have Not’s, Reckless and was last seen in the Netflix blockbuster film Triple Frontier, starring Ben Affleck and Charlie Hunnam.

When she’s not performing or coaching actors, Christine enjoys spending quality time with her husband Garland, her dog Prince and her turtle Superstar.

Are you ready to ATTRACT your new agent?

GET INSTANT ACCESS TO THE ENTIRE 2 PART REPLAY NOW!